I was born in 1943, in Djupnoret, in the parish of Bjurtjärn,
Värmland and began painting at the age of 12.
My father was a gardener, so I have lived with gardening all my life.
Between the ages  of 15 and 21 I took courses at an
industrial arts school  in Gothenburg.

The first cottage of our own was bought in 1965, in Finnerödja.
Hans, myself and our oldest son moved there in 1967.
Our first garden was there, filled with Paeonia (peonies),
Narcissus, Lupine, Verbascum, a big beautiful cherry tree and an oak.
The name of the cottage was ‘Backen’.  From courses we took  at
Järna we learned how to compost and  grow ecologically.
We lived there until 1975. Two of our children were born there.

From 1975 to 1981 we lived in Hälsingland, Dalarna, and Gästrikland.
On a foggy November day in 1981 we moved back to Finnerödja,
in the . There we lived in a former grocery shop
with a garden that once belonged to a plant collector.
The garden had died back for the winter, its contents unknown to us,
so when spring arrived we simply watched it come to life with blooms
of Crocus, Scilla, Helleborus, Frittilaria, Primula (primroses),
Paeonia (peonies), Lilies etc

When our fifth child arrived in 1985, she had Down’s syndrome.
We needed to live closer to  urban amenities and so we moved to Arvika, in 1988.
We built a beautiful studio at Tornstigen 10, which we left in 1995.

It’s now 2004 and hopefully I will continue to paint and garden this year!

A nice event took place in 2003, when I won a contest at The Garden Society of Gothenburg.
The task was to compose a small garden with Roses. 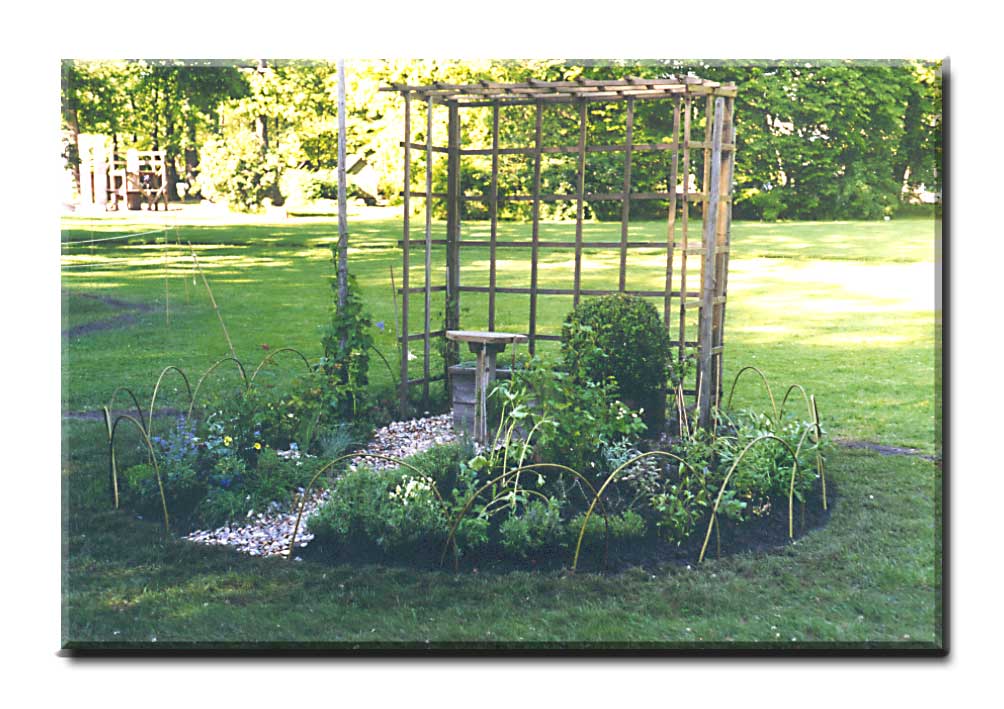 Link to slide-show with detail pictures of “ ”

1st prize was a trip to Chelsea Flower Show in May 2003, .
A non-forgettable experience!

Here are some photos from Chelsea Flower Show 2003.
Photographers are Daniel and BrittMarie Wirgård. 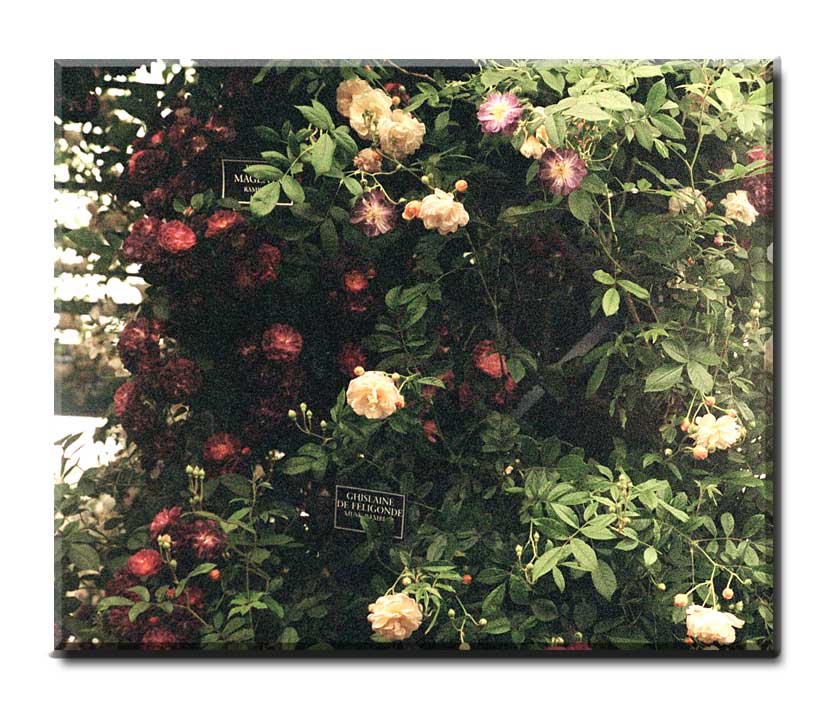 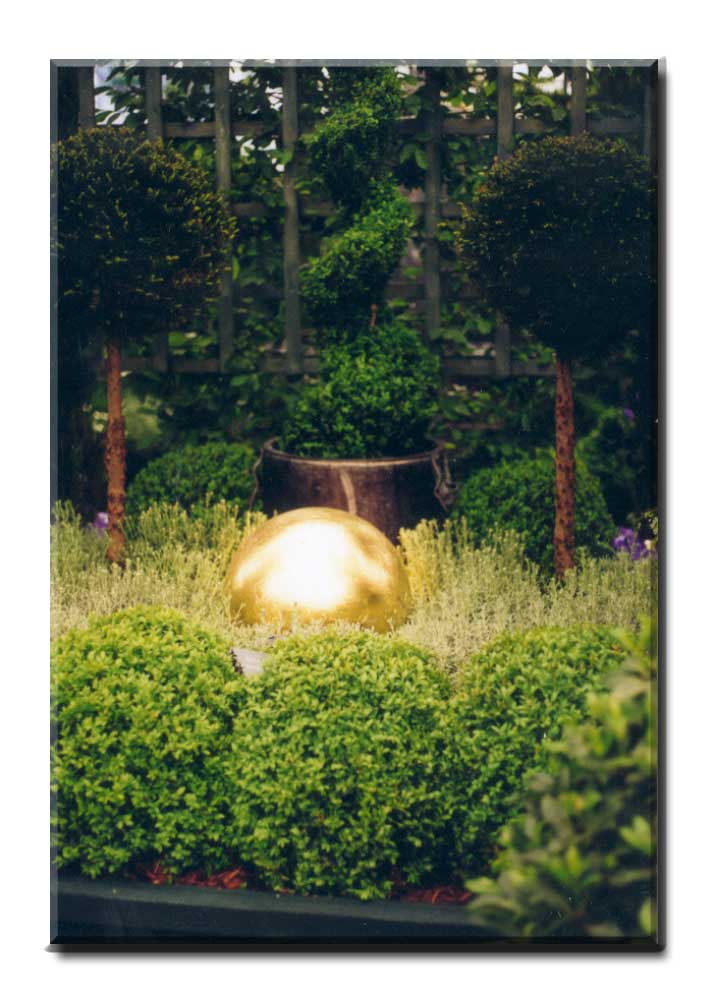 A wonderful construction made only with green plants,
trellis and a golden globe. 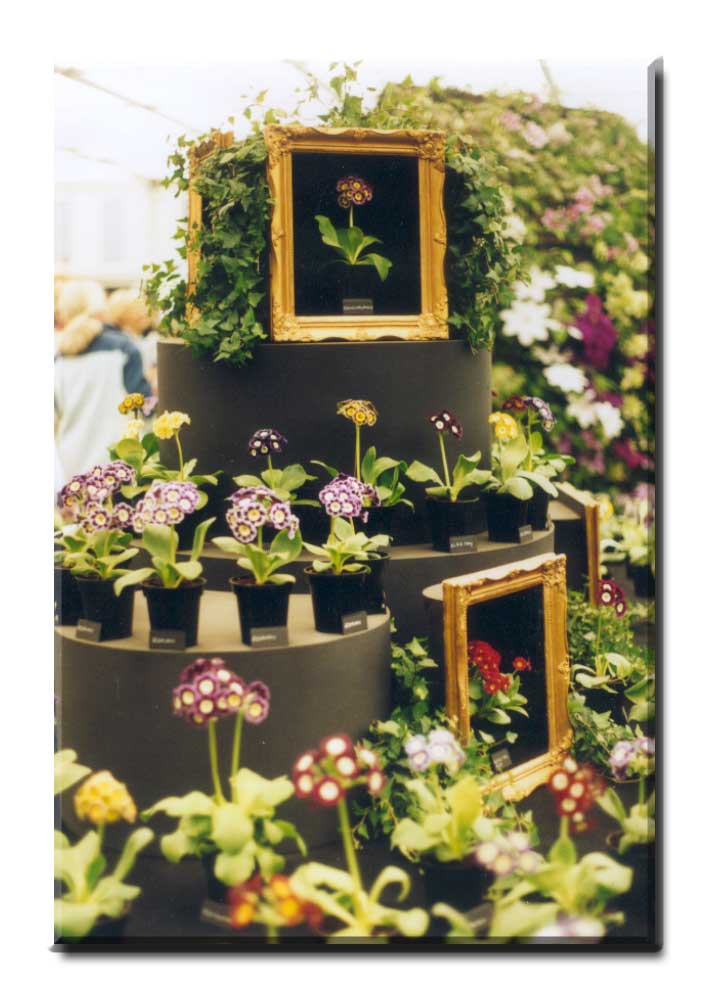 This way to show this Primula auriculum
is called Auriculum-Theater. 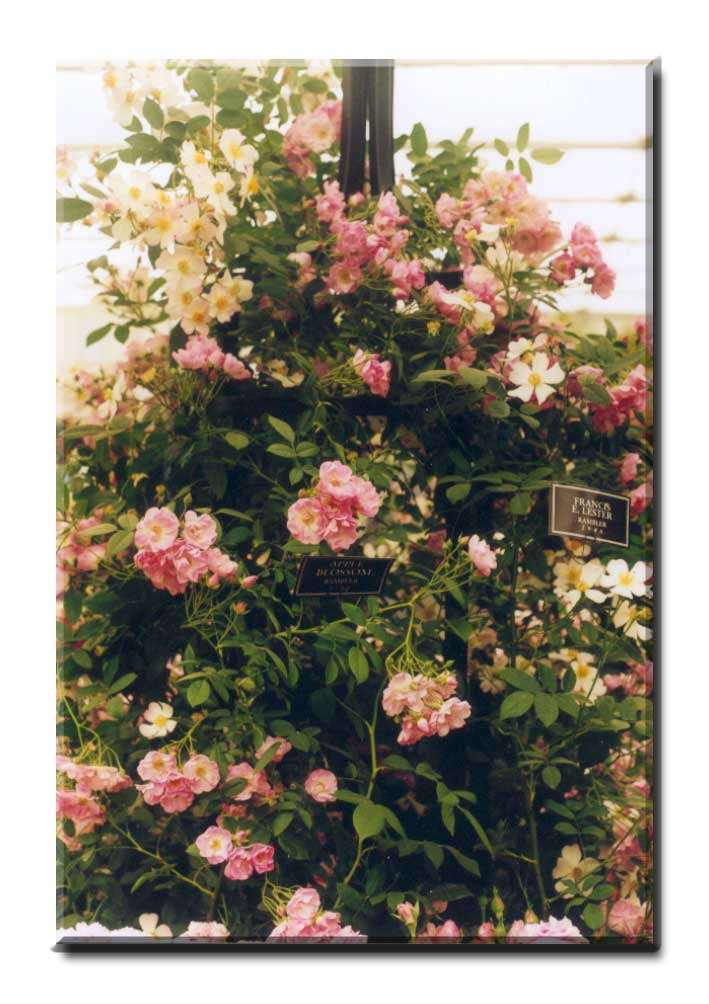 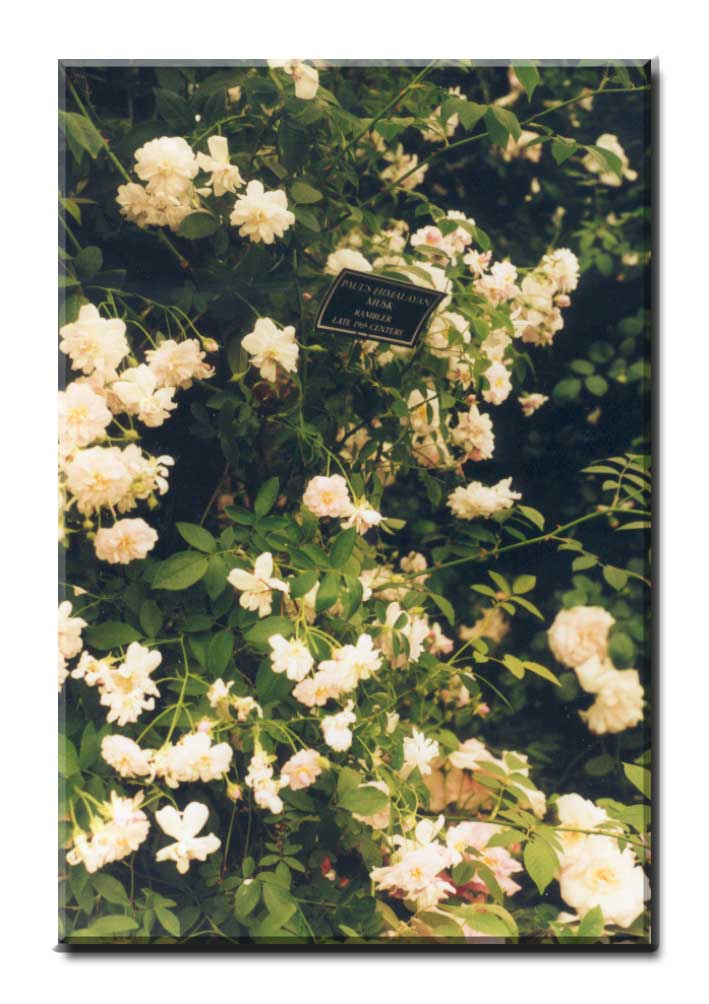 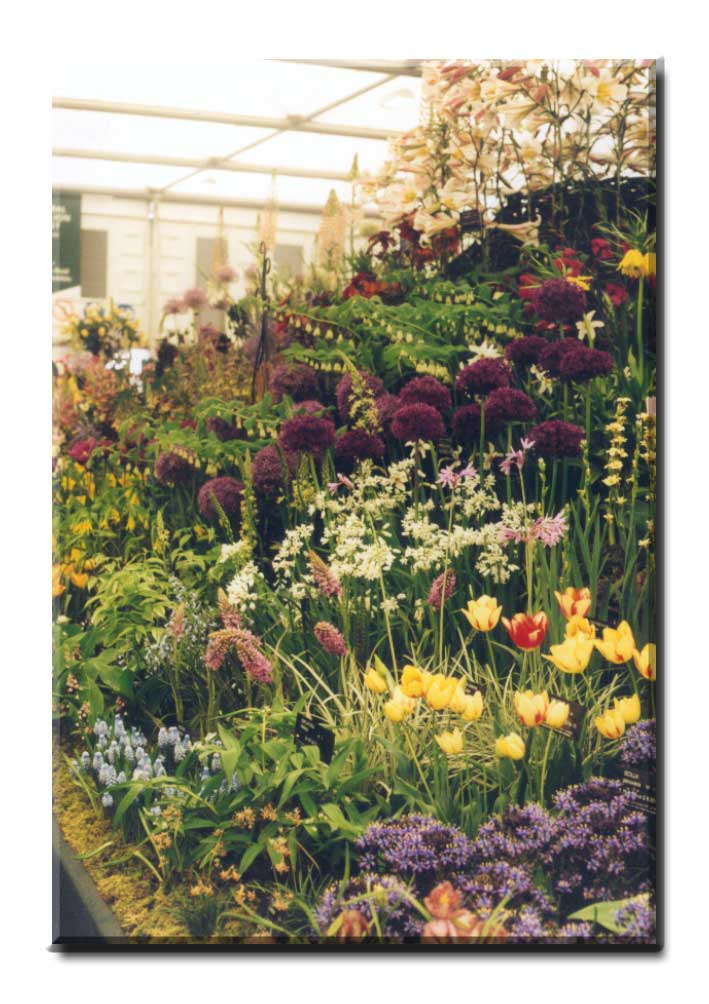 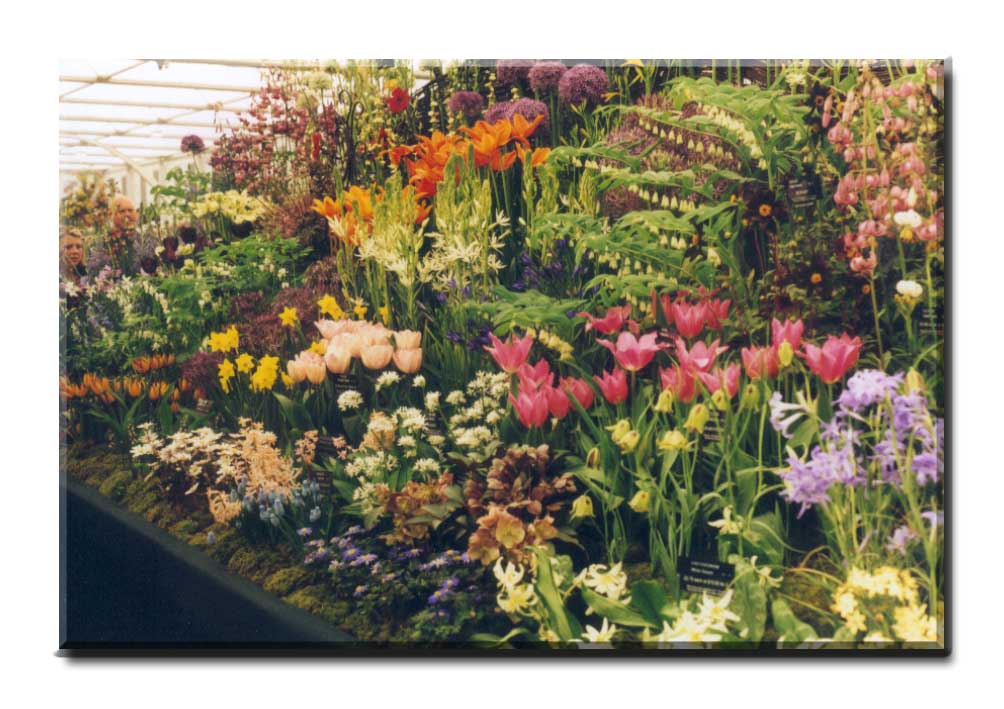 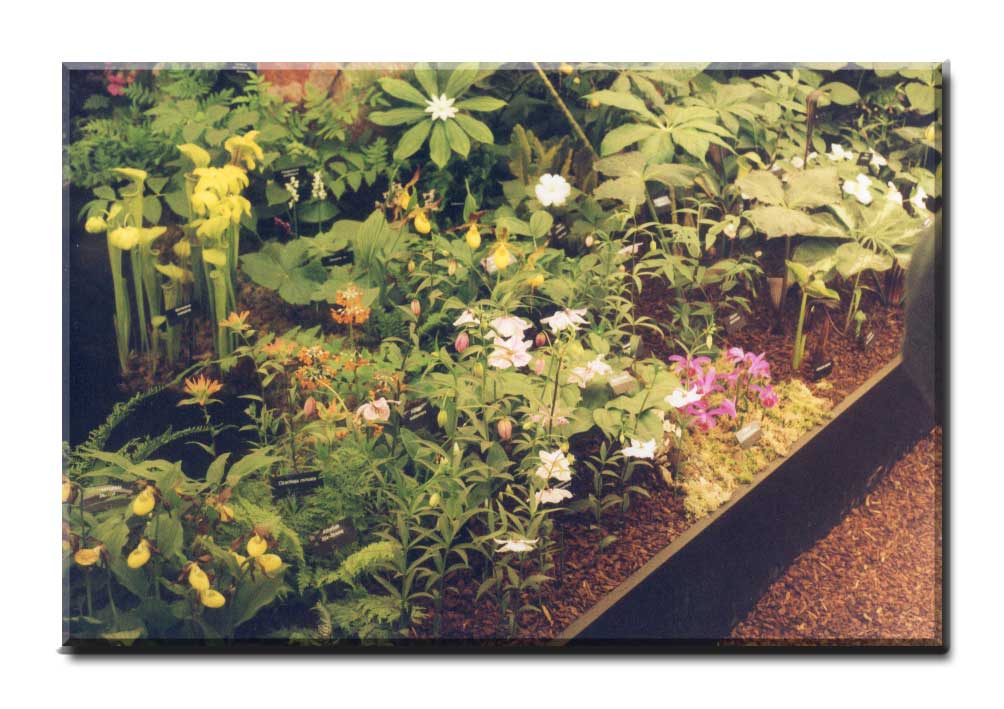 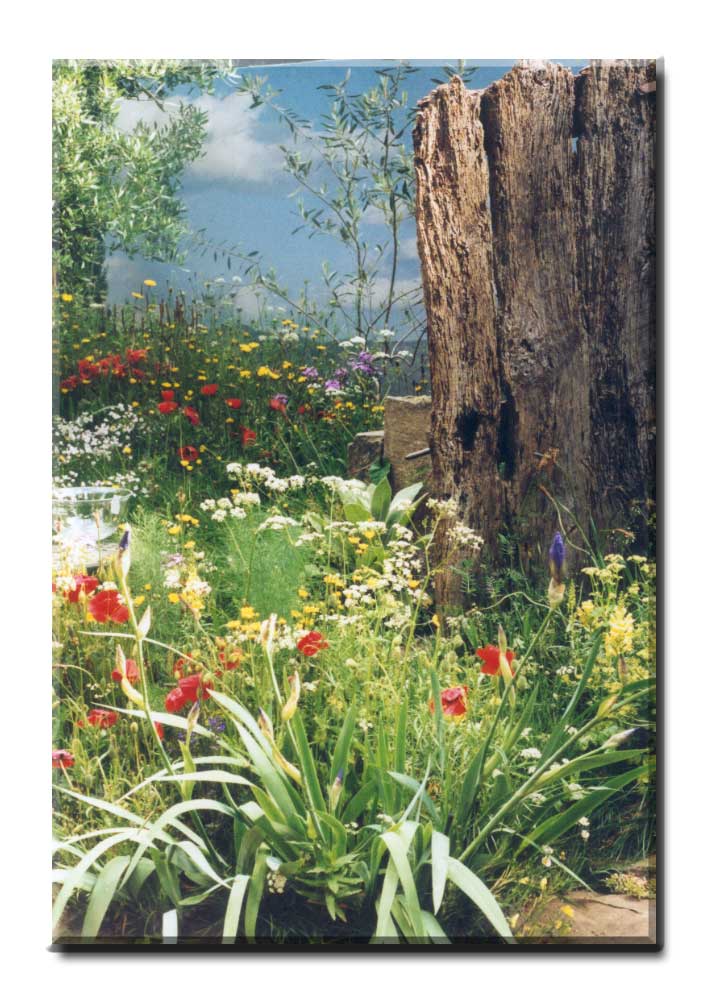 Show-garden inspired by the summer 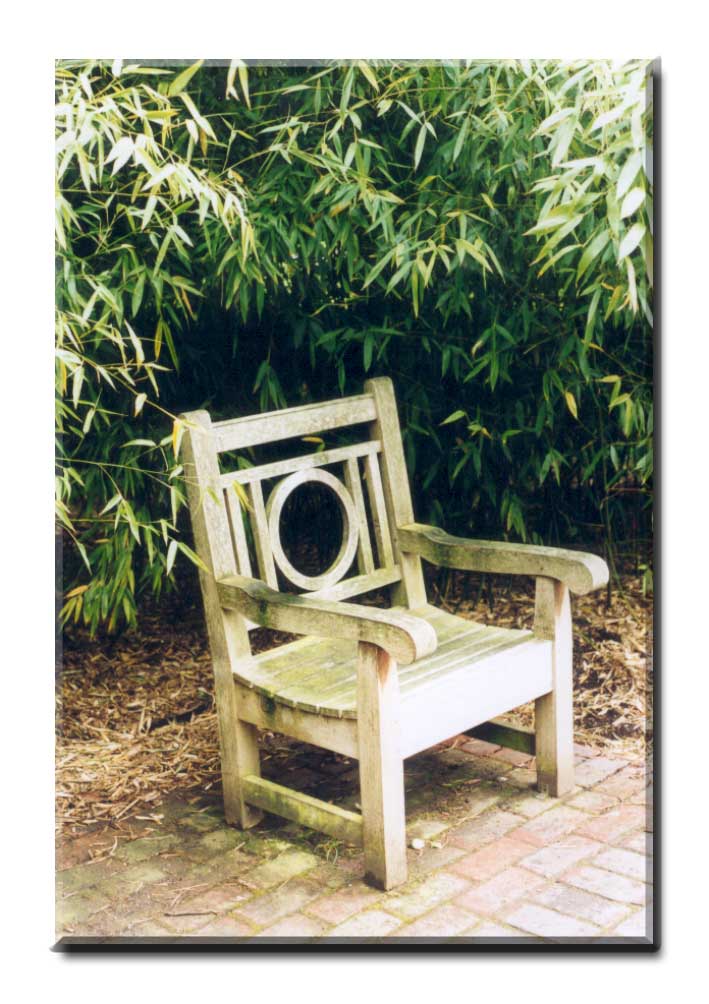